To share your memory on the wall of James Simpson, sign in using one of the following options:

To send flowers to the family or plant a tree in memory of James Simpson, please visit our Heartfelt Sympathies Store.

Receive notifications about information and event scheduling for James

We encourage you to share your most beloved memories of James here, so that the family and other loved ones can always see it. You can upload cherished photographs, or share your favorite stories, and can even comment on those shared by others.

Luv, Yolanda & Gboyega Adewumi, David and Patty Decker and family, and other have sent flowers to the family of James Simpson.
Show you care by sending flowers

Mr. Simpson was my Junior High School counselor. He was one of the most kind, genuine, caring, concerned, and intelligent individual's I had ever met. He always had a kind word to say and such a calm demeanor about him. He always made me feel important and that my voice mattered. (Thank you, Mr. Simpson!!)

Posted Jul 23, 2020 at 09:02pm
To our Sister-In-Law Angie and the entire Simpson Family, please accept our deepest sympathies for your loss. Our thoughts and prayers are with you.

David and Patty Decker and family

Posted Jul 23, 2020 at 09:08am
We pray the love of God enfolds you during your journey through grief. So sorry that we can't be there.

David and Patty Decker and family purchased flowers for the family of James Simpson. Send Flowers

bob and kathy McMahan purchased flowers and planted a memorial tree for the family of James Simpson. Send Flowers 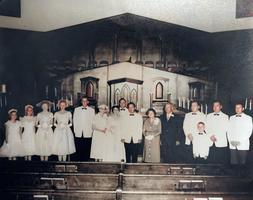 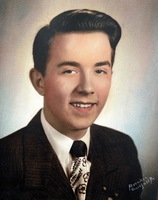