To share your memory on the wall of Daniel DeClue, sign in using one of the following options:


In Lieu of Flowers Memorials are asked to be directed to Camp Hope.
Read Less

To send flowers to the family or plant a tree in memory of Daniel Joseph DeClue, please visit our Heartfelt Sympathies Store.

Receive notifications about information and event scheduling for Daniel

We encourage you to share your most beloved memories of Daniel here, so that the family and other loved ones can always see it. You can upload cherished photographs, or share your favorite stories, and can even comment on those shared by others.

Posted Feb 03, 2021 at 07:36pm
I have 51 years of memories. I was Danny girlfriends off and on for many years. Then we became like brother and sister. My boys always called him Uncle Danny. We use to go to the Rocket Ship and drink. (Deer Creek Park). Cops would show up and then off we would run. Billy Roy Would climb a tree by the railroad track be the look out. One night he fell out of the tree. Danny said we have to go the cops are coming. Leave Billy he is drunk and the cops will never see him in the weeds. We left and came back 20 minutes later Billy still passed out in the weeds. I think this was the first time we took Diane with us. We use to drive around in Forest Park all the time until one night we got chased. We were scared. Well I was scared. Danny said I can out run him. LOL. We out ran him alright. He pulled into Richmond Height Police Department. LOL So many stories to tell. I loved him and going to miss him so badly. Danny so truly loved his daughter Brook and son Ryan. He lived for them. R.I.P Old Man. You know how much I loved you.
Comment Share
Share via:
HS

Flowers were purchased for the family of Daniel DeClue. Send Flowers 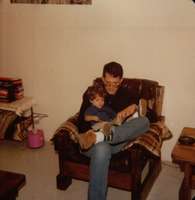 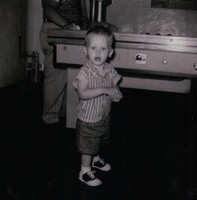 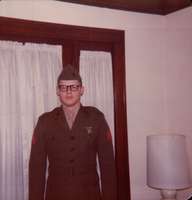