To share your memory on the wall of Lonnie Taylor, sign in using one of the following options:

Lonnie grew up around Irondale, Missouri on a street he called “Needmore Ave,” where he learned the value of family and hard work. He attended Irondale School until his senior year when they closed the high school and he graduated from Leadwood High School. Besides getting into lots of mischief during his school years, he played a lot of basketball earning the nickname “Hammer” for his many fouls and his ability to make free throws. Basketball was a lifelong passion and helped produce three daughters who not only played basketball but also became coaches.
His family had a history of working for the Missouri Pacific railroad and while he was still in high school he started working for them on the tie gang. After graduating school he worked as a lineman for several years.
His dream when he was young was to own a farm and in 1963 he bought his first farm on Old Irondale Road raising and trading cattle for years. He married Glenda Helms Chapman in 1959 and had two children, Dwain and Jackie.
In his middle years he married Darlene Kidd Weber and they had three daughters, Katie, Lindsey, and Brooke. He continued farming during this time as well as working for Modern American Insurance as an agent.
In later years, he married Judy Smith Taylor, and retired to travel the country that he loved, and continued to enjoy a lifelong love of hunting and fishing. He was content in his later years to travel the backroads, looking for deer, turkeys, and eagles. He also loved spending time with all his grandchildren.
He was a lifelong member of the Irondale Baptist Church having been saved and baptized as a teenager. He was never shy about sharing his faith with others, and often talked about the influence his grandfather, who he called “an old Presbyterian,” had on his life.
We can picture him now traveling the streets of heaven, at a slow pace, stopping to visit with everyone he meets, talking about the weather, the deer he has seen, and what those “darn republicans” are up to now!
A memorial service will be held at the Irondale Baptist Church on Saturday, April 17th at 11:00 A.M. with Bro. John Kammerman leading the service.
In lieu of flowers, donations may be made to the St Louis Children’s Hospital in St. Louis, Mo.
Read Less

To send flowers to the family or plant a tree in memory of Lonnie G. Taylor, please visit our Heartfelt Sympathies Store.

Receive notifications about information and event scheduling for Lonnie

We encourage you to share your most beloved memories of Lonnie here, so that the family and other loved ones can always see it. You can upload cherished photographs, or share your favorite stories, and can even comment on those shared by others.

Posted Apr 12, 2021 at 07:37am
Judy were sorry to hear about Lonnie let us know if you need anything. jodie christy briley and family
Comment Share
Share via:
BS 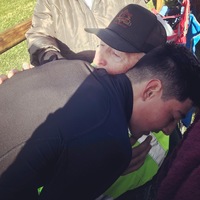 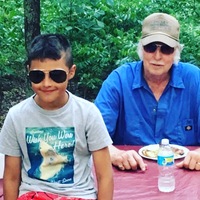 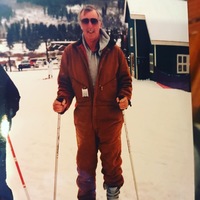 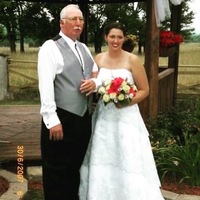