To share your memory on the wall of Alva Gilliam, sign in using one of the following options:

To send flowers to the family or plant a tree in memory of Alva Leon Gilliam, please visit our Heartfelt Sympathies Store.

Receive notifications about information and event scheduling for Alva

We encourage you to share your most beloved memories of Alva here, so that the family and other loved ones can always see it. You can upload cherished photographs, or share your favorite stories, and can even comment on those shared by others.

The Mahurin Family and Sending my love, Chris sent flowers to the family of Alva Leon Gilliam.
Show you care by sending flowers


A;vie Lynn, Steve, Gary and families: You have my prayers and deepest sympathy. I could not make it to the funeral home due to an injured foot, but my thoughts are with all of you.

The Mahurin Family purchased flowers for the family of Alva Gilliam. Send Flowers

Posted Apr 16, 2021 at 10:37am
Me deepest condolences. Grandpa was a special person and an amazing man. I will always cherish the memories and feel honored to have know him.

Posted Apr 15, 2021 at 02:53pm
Gary and Debbie, Please accept our most heartfelt sympathies for your loss... Our thoughts are with you and your family during this difficult time.

Flowers were purchased for the family of Alva Gilliam. Send Flowers

Posted Apr 15, 2021 at 01:17pm
Your loss is immeasurable, but so is the love Alva has left behind.. Our Heartfelt Condolences
Paul & Vicki Johnson
Comment Share
Share via: 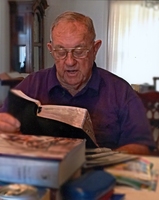 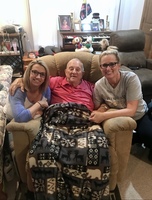